Philippe Morvan’s Ring[z] has been inspired by the site for which it was originally created: the historic Amphitheatre of the Three Gauls (Trois Gaules) in Lyon, France, dating from 19 A.D. The installation was first seen at the 2012 Fête des Lumières.

The installation is about power and its effect on the audience. Its shape is a ring, emulating that of the amphitheatre and alluding to the ancient worlds of symbols, cultures and science and religion. The work makes use of the narrative possibilities of the circular shape, which has no beginning or end.

The installation includes a soundscape composed by Shenyan Hou, reflecting the stories told by the lights. These consist of 180 light sources and four animations playing in a hypnotic loop. The work is supported by the French Institute in Finland.

The best way to view the installation is from the seats in the amphitheatre. 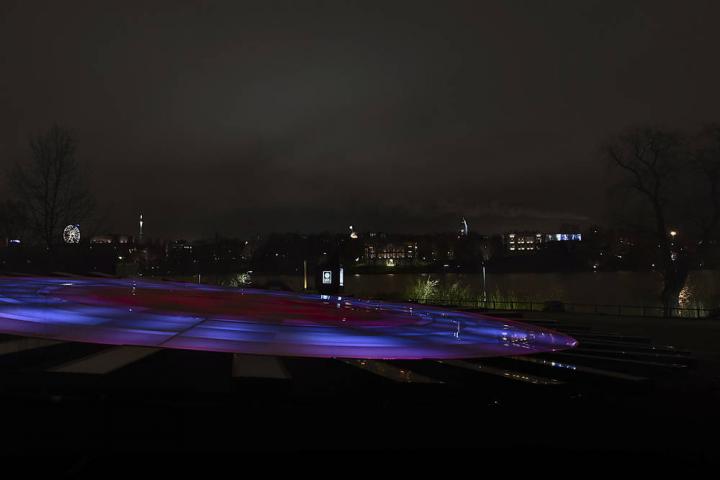 Philippe Morvan is a French visual designer, who specialises in artistic and stage lighting for urban spaces such as parks, city squares and light festivals. Morvan’s experience of large-scale film, circus and theatre productions has taught him to work as part of a community. Many of his light installations were created in collaboration with local citizens or students. Morvan always adapts his works to the available space, to keep them surprising for the audience.

Ring[z] is a continuation of a series of works based on the circular shape. Morvan’s installation Cosmogole lit the way at the National Opera Amphitheatre in the 2013 Lux Helsinki event. 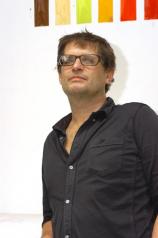