Kuula (The Ball in English) brings the light to the glass corner on the Mannerheimintie side of the Music Centre, also serving to light the way for passers-by. The installation is inspired by the original shape of light, a glowing point. The materials of Kuula are also mechanics, friction, structure and sound. The music for the installation was composed by Tapani Rinne. The renewed installation has previously been shown at events including the Valon Voimat festival. 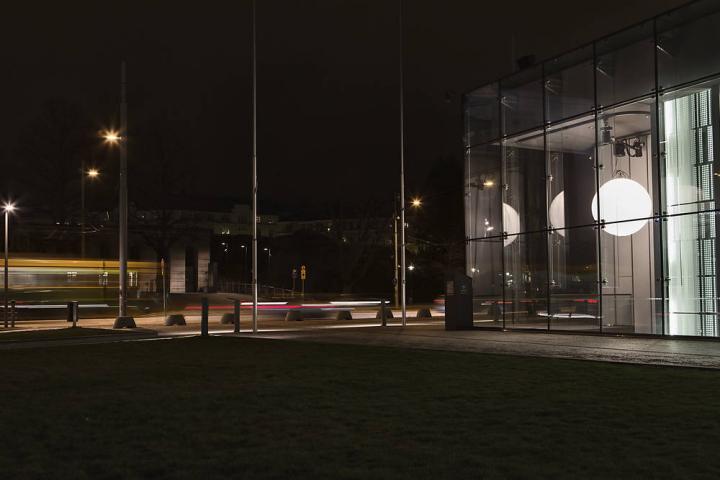 Ilkka Paloniemi is a lighting designer and theatre consultant who has completed hundreds of performing arts projects since 1980, ranging from rock to opera, and from lighting and spatial installations to contemporary dance.

The internationally renowned musician, composer and producer Tapani Rinne is best known for his ground-breaking work behind Rinneradio and Wimme Saari. A pioneer of early techno-jazz, he is known for his experimental and innovative style of playing the clarinet and saxophone. Rinne has composed music for numerous documentary and feature films, theatre plays, radio and television productions.